July was a very special month for all of us because we welcomed our first guests back to Mana Pools after many months. The early onset of August winds reminded us how quickly this year has passed. 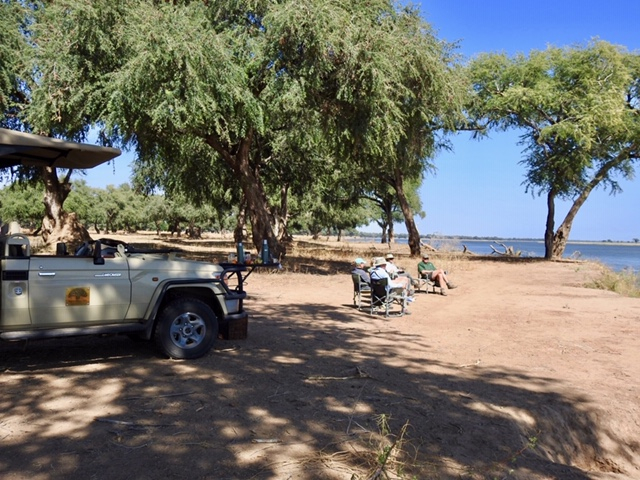 I was out guiding a family of four on an early evening game drive when they spotted a male and female lion. Without warning the male lion roared right in front of us, the female then did the same. Both roared with such power and coarse vibrations we could feel it go right through us!

We all sat dead still in total silence as we watched them get up and walk towards the vehicle. I whispered, “Everybody sit still”, as they brushed past the front of the vehicle. I looked back only to see everyone wide-eyed and holding their breath.

When the guests could breathe again, they said that this was the first time they had heard and felt such power from a roar. 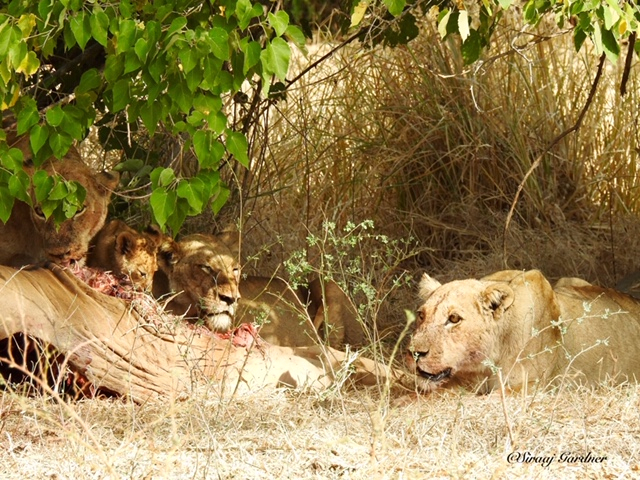 The dog research team gave us information on where to find a wild dog den so we took the chance and went to look for it. With a lot of luck and some good timing, we stumbled upon the pack of wild dogs who were resting in the shade of a Mopane tree.

When one of the dogs got up and growled at us in warning we sat down where we were and agreed on a short five-minute visit. With them watching us it felt like 20-minutes but they soon settled again and ignored us to the point where we had the best sighting anybody could have asked for.

The female dog got up and brought the pups out to play and to get fed. What a privilege it was for us to have seen this and not wanting to disturb them any further, we snuck away and left them alone.

It seems we weren’t sneaky enough, little did we know that one of the dogs actually escorted us out from only three meters away, just to make sure we had left. The guest could not stop talking about it for the duration of their stay. 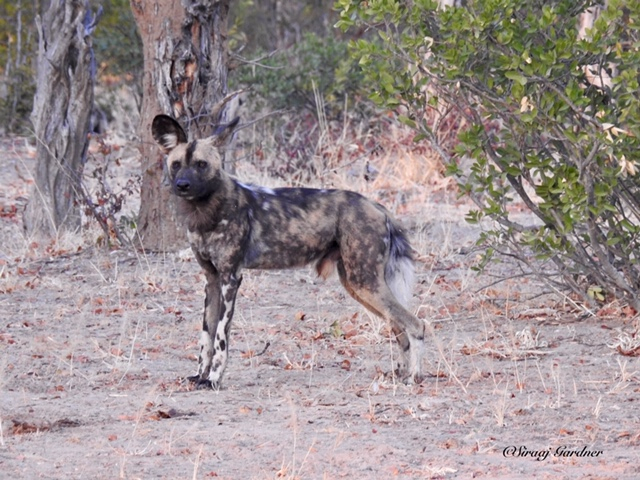 One of our guides, Robert, was out with guests looking for a walking safari with excitement and adrenaline. They were hoping to get a “Mana-moment” with a big elephant bull when their attention was caught by some noisy hyena.

They went closer to see what all the excitement was about and discovered a leopard kill! An impala was draped over a branch and the hyenas were trying to get to it.

Suddenly a sharp growl coming from a cub in the next tree warned them off. Later that afternoon the cub was briefly spotted again, this time with the female adult leopard. 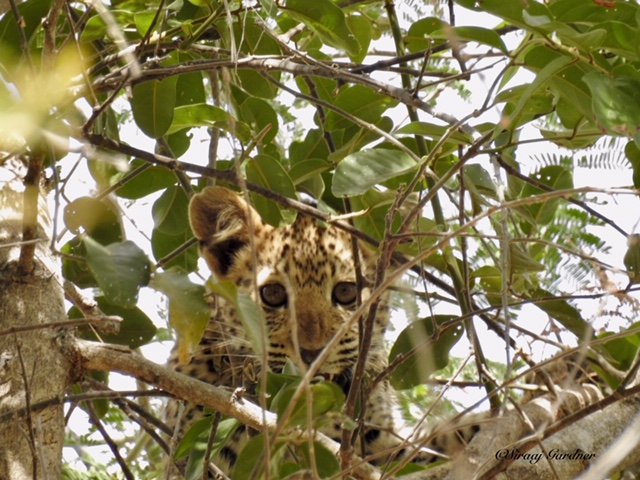 I was walking to the main area at camp with Caitlin, our camp manager, when a kudu suddenly ran out of the bush just a few meters in front of us. We immediately back-tracked as we could see this bull was injured and would attack us if he felt threatened.

His back leg was mangled and a piece of his thigh was torn out. We weren’t sure what was chasing him through camp but suspect it was a wild dog or hyena.

We tried to track where he had come from and what was hunting him but the ground was too hard to see any tracks signs. Later that night a hyena that had killed an impala just behind camp came from the same direction the  kudu had run in from.

In the morning we took a walk to look for a sign of the carcass but the hyena had run off with everything leaving nothing but tracks, blood stains and stomach content! They really are nature's clean-up crew! Find out what happened at Machaba Camp for the month of July. My Take On Mana