An intimate lodge perched above a wonderland oasis Infinite views over the game-rich Chobe floodplain and river A sensational range of wildlife and activities

Located in the Chobe Forest Reserve in Western Botswana, the private Ngoma Safari Lodge is located on the edge of a plateau, offering endless views over the seasonal Chobe flood plain. It also bears witness to magnificent sunsets – the ultimate way to celebrate the end of another perfect African day.

Ngoma Safari Lodge is tucked away in the Chobe Forest Reserve on the western side of the transit route that runs between Kasane and the Ngoma border post with Namibia. We are far removed from the busy Kasane town where many large hotels and lodges are found, giving us an authentic feeling of intimacy and privacy.

Take to the waters on a river cruise

The expansive Chobe River can be explored in the comfort of a river cruise boat. This full-day safari is a wonderful way in which to absorb and appreciate the scale and splendour of this all-important water system and the many magnificent life forms it supports.

Unassuming and contemporary in design

Ngoma Safari Lodge is sensitively designed to celebrate its pristine location and views while blending into its natural surroundings. The thatch-roofed lodge is finished in volcanic rock that naturally occurs in the Chobe Forest Reserve and its suites nestle in bushwillow thickets and Zambezi Teak trees.

Take to the waters on a river cruise

Unassuming and contemporary in design

Eco-luxury at its finest The nature of luxury Made from local materials and designed to blend into the natural surroundings, Ngoma Safari Lodge is an intimate bolthole located in a private oasis. Perched on the edge of a plateau overlooking the Chobe flood plain, the Lodge’s central guest area is flanked by a collection of suites that offer guests privacy, luxury and panoramic views.

From bird watching to taking an untamed walking safari under the care of a highly trained guide, there is always something to see and do. From the plane ride in to the plane ride out every bit of this trip was magical. You are greeted by staff upon arriving back to the camp, and Elka, Vera, and Rachel were ALWAYS smiling and helpful. The food was delicious, plentiful, with a wide range of variety.

The tents are very luxurious and very well appointed. All the furniture in the lodge and tents are well chosen. The bed was large but extremely comfortable. The staff were all very friendly and effective.

Like coming home, the hospitality is excellent the food is delicious and the staff is very capable and ever so friendly. The wildlife is amazing especially the diversity and numbers. The central guest area forms the heart of the lodge. It has a reception, dining and bar area including a large volcanic rock-finished swimming pool, sundeck and viewing platform. The needs of a modern traveller further catered for with free WiFi and other communication facilities. In addition to a central lodge pool, each of the 8 suites at Ngoma Safari Lodge has a private veranda and a refreshing and relaxing plunge pool set against the breathtaking backdrop of the Chobe flood plain. To keep our eco-footprint light, we use energy-efficient fridges in our kitchens, which we turn off at night. We also use coal cold rooms and cellars to store heat-sensitive items.

Let our experts help you plan your safari experience. Inspired by our knowledge and first-hand experience of Botswana and Zimbabwe, we have crafted a series of packages to provide textured and authentic African safaris.

This spectacular safari takes you to the glittering waters of the Okavango Delta and the predator capital of the world, to the banks of the Zambezi River (close to Victoria Falls) and on to the grand Hwange National Park. 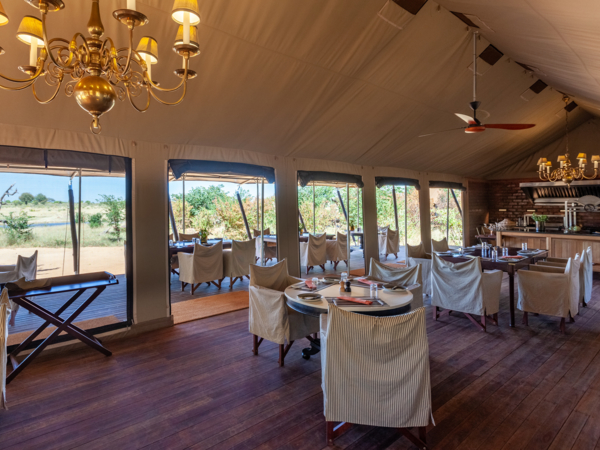 Take a safari in largest National Park in Zimbabwe. Hwange is a blend of semi-desert, forest and open savannah and is home to great herds of elephant, big cats and a myriad of plains game. 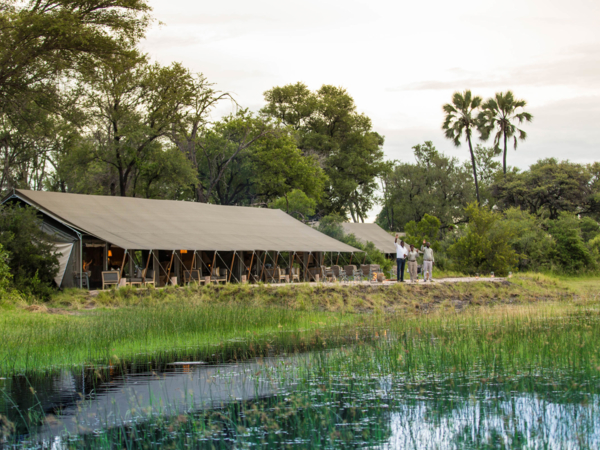 Watch elephants swim through the reeds in the Okavango Delta, or a leopard track its prey in the predator capital of the world at Gomoti. It’s the chance to see nature in un-edited detail. 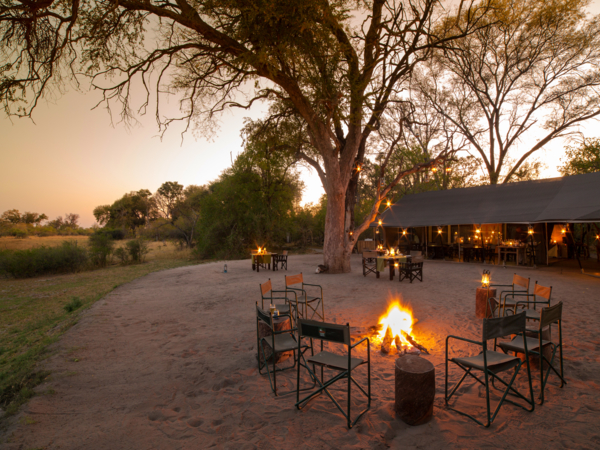 Starting at the world-famous Okavango Delta, this safari includes the Gomoti Game Reserve – known as the predator capital of the world. Thereafter visit the classic safari lands of Hwange National Park.

Let our experts help you plan your safari experience.

Botswana borders are open! To welcome South Africans to this iconic wildlife destination, Machaba Safari is offering an Exclusive South African Season that will allow you to experience the world-renowned Okavango Delta and Chobe National Park on an ultimate luxury safari.