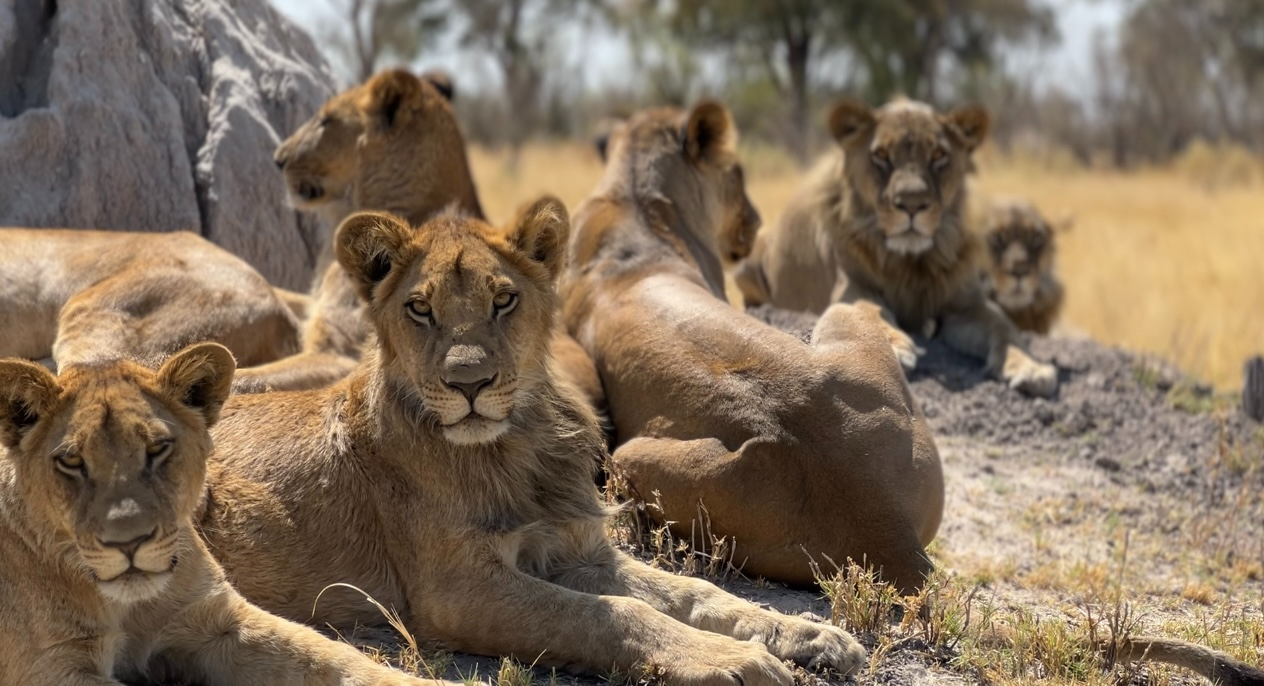 Our month was filled with adrenalin-packed wildlife sightings as we waited for the first rains to quench the dry earth. The grasslands transform into a golden brown and as the spring arrives and we are starting to certain families grow.

Careful calculation is employed by a pack of wild dogs as they hunt a herd of impala in the African bushveld. They move as a unit, each one with a particular role to play in taking down their target. Like a well-choreographed performance, the pack erupts into the chase.

The disruption when intercepting the herd causes panic and a lone leopard capitalises on the opportunity and seizes an impala. But, as the African proverb written by Martha Goedert reminds us, “If you want to go fast, go alone. If you want to go far, go together”.

And so, the pack managed to steal the fresh kill from the leopard, forcing the solitary predator up a tree and holding her hostage there. Eventually, finding a split second to escape from her captors, the leopard propels herself down the tree and races to freedom.

Lounging lazily on a termite mound, a pride of lions wait for the adult females to return from the hunt. Whether it’s before or after a big meal, lions love to laze around during the heat of the day. Moving only when they need to, they keep cool in the African sun.

Leopards are the epitome of grace and elegance, so when a leopard of such blue-eyed beauty commands attention as Kira does, we are happy to oblige.

We have been watching the gregarious Crowned lapwings that have been nesting next to our airstrip. The protective parents span their wings out to cover the nest as our vehicles drive past. Now, after the fledglings have hatched, the adult birds will continue to guide the little ones until the next breeding season.

Thrilling sightings and peaceful mokoro trips down the channels in front of Kiri Camp were highlights this month and we can't wait to see what the rest of the year holds in store.

Until next time,
Elcke
General Manager The Magnificent In-Land Delta in Botswana