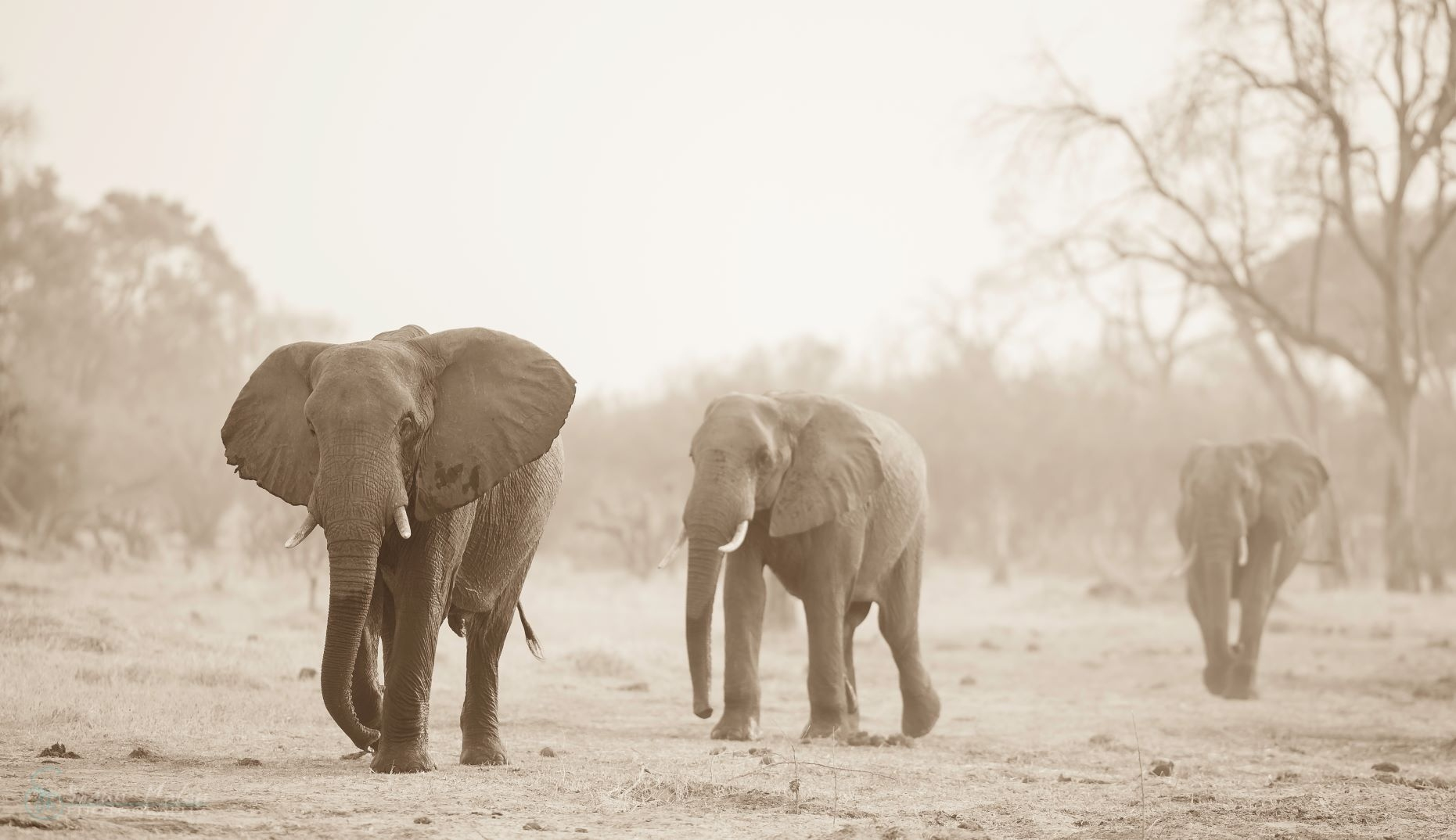 All of us at Machaba Camp celebrated the new month by doing the “Jerusalema dance challenge”. Additions to our extended Machaba family are also in the process because many of our birds have laid their eggs.

Alarm calls of guinea fowl alerted us that there was a visitor. We looked into the bush and found Zaphod, a six-year-old leopard and son of the late-Mmatsebe.

He strolled casually through the bush to a camelthorn tree which he then climbed with ease. Once up there he had a good old snooze after which he disappeared into the floodplain.

We don’t usually see much of Zaphod and think his visits might be to challenge the resident leopard for his territory. A female, Saronga, was also quite visible and we spotted her resting in the grass.

Saronga is named after an area in Khwai where she lived before she took over Mmatsebe’s territory.

Last year two male lions took over the area and its pride and this month we spotted the duo hanging about the mopane thickets. This is not a sight we see often, so it was very special. We have had several lion-kills and recently we even saw a lion cub with its mom feasting on a dead hippo.

Herds of elephants seemed to be in every nook-and-cranny of the Okavango Delta this month. We saw them enjoying refreshing drinks at the river’s edge, taking leisurely mud baths, dusting themselves with sand, having an afternoon nap and even feeding in-and-around camp.

Khwai has never been known for its large herds of buffalo but over the past couple of months, we have seen an increasing number of them. Watch this spot for updates in the coming months!

Until next time, take care. Nestled in a riverine tree line, the camp offers privacy, spectacular river views and excellent food ­– enveloped in a layer of warm hospitality