The heavens have finally opened and we received a total of 100mm of rain at Khwai.

The much-needed rain has transformed the entire barren landscape from shades of gold to a naturescape, carpeted in green grass that now adorns the floodplains. The riverine forest has also become lush and much denser. It seems all the animals are in a constant state of euphoria, and the overcast weather has encouraged play. 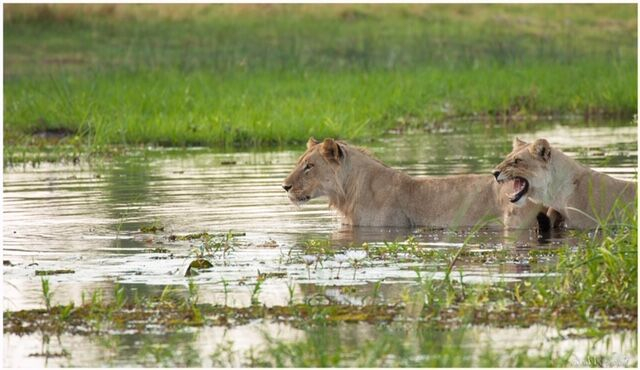 Lions have been seen crossing the Khwai river and are in constant movement between Moremi Game Reserve and the Khwai area.

We have seen lions hunting, mating and sleeping, and we have even seen lost cubs searching for their moms.

There have been plenty of wild dogs about, and on one occasion they killed an impala right in the camp giving us front row seats to the action, without us even having to move too far.

The dogs have also been back-and-forth from Moremi Game Reserve, so our guests had wonderful opportunities to photograph them jumping the river.

Since the first rainfall of the season, elephants sightings have become less, however, a few family herds have remained in the area. Plains game has been seen in abundance with the long-awaited impala foals finally making an appearance. Both the weak and the unlucky become easy prey for many of the predators.

With rain comes bugs and reptiles and there have been quite a few snakes spotted around camp. It seems masses of frogs and toads have united to form an orchestra that performs loudly and slightly off-key at dinner time, much to the amusement of our guests.

We look forward to the festive season and hope December brings more rain and wildlife sightings. 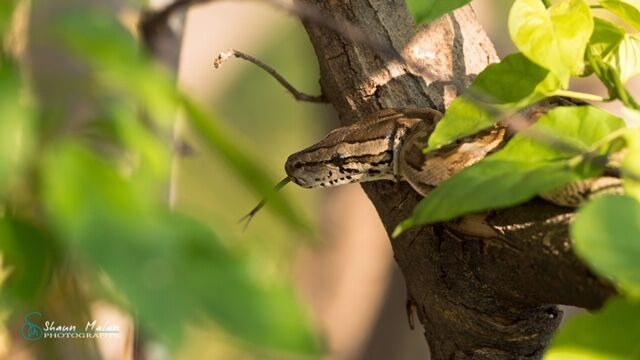 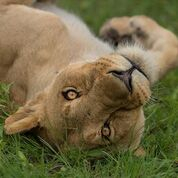 An unknown exeperience can be both exciting and daunting, we have unpacked some of the practical aspects of going on safari.