A month of “once-in-a-lifetime’s” here in Khwai!

Our most impressive one being the visit of the very rare & elusive pangolin! We stumbled across it at our wifi point in camp! Guess even our pangolin tried to connect!

Don’t know what a pangolin is? Though many think of them as reptiles, pangolins are actually mammals. They are the only mammals fully covered in scales and they use those scales to protect themselves from predators. If under threat, a pangolin will immediately curl into a tight ball.

Pangolins eat ants, termites and larvae and are often known as “the scaly ant-eater.” Because they have no teeth, pangolins pick up food with their sticky tongues, which can sometimes reach lengths greater than the animal’s body.

The pangolin is the world’s most trafficked mammal. It’s vulnerable to extinction due to soaring demand for its scales and meat.

We have witnessed them chasing squirrels & guineafowl, munching on lechwe youngsters, perched high upon a tree branch or scouting the impalas in the shade of a large termite mound…

In another – rather sad – sighting 4 lions cubs got killed by a new male coalition. Their attempt to take over the pride & territory did not go without bloodshed & lives lost.

The females fought fiercely to keep their cubs alive, however the 3 males were no match. The cubs’ remains were left behind & the females retreated slowly & disappeared into the Marsh. The male lions hung around for a while longer, glorifying their victory…

Lions have also been seen munching on buffaloes. The females did most of the work – taking the buffalo down, however the male feasted first!

Much to our surprise a big hippo walked into the feeding frenzy and this erupted in a half-hearted chase of the lionesses to attempt another meal… The hippo however won this race.

We can’t wait to see what July has in store for us! Please do come join us!
Until next month… 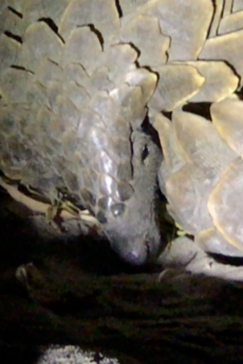