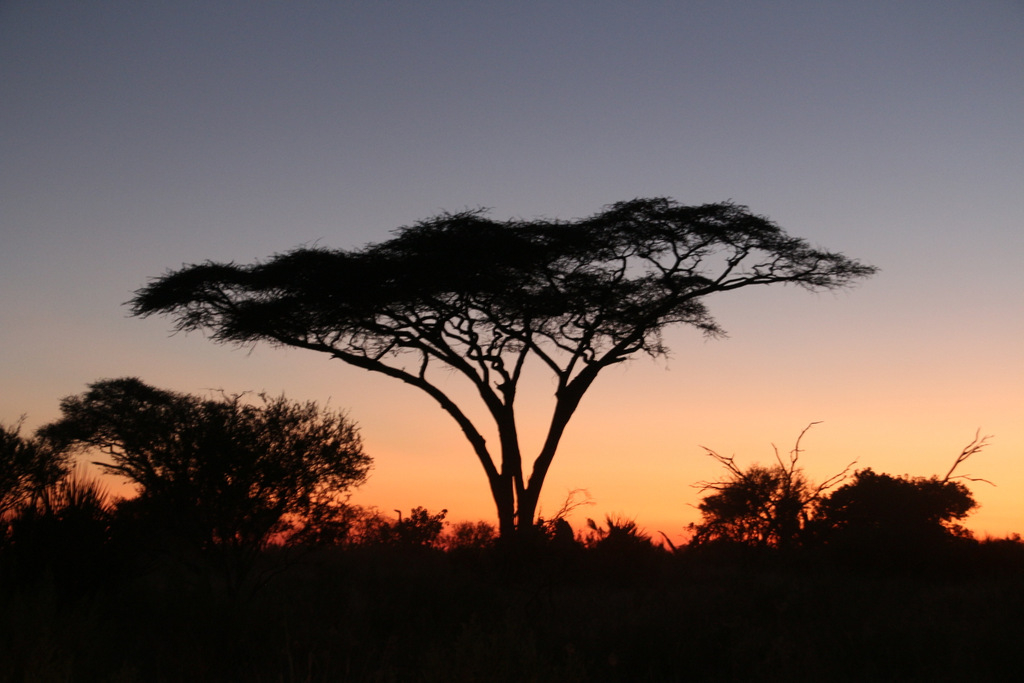 The Okavango Delta is an ever changing environment, but never more so as when the floodwaters arrive from the Angolan Highlands. On the 3rd April, the channel in front of the Gomoti Plains camp was bone dry. Within 24 hours the floods arrived very sedately and we had water flowing from South to North. By the 6th April we were able to offer our guests mokoro safaris from the deck in front of the camp! It was such a privilege for both staff and guests alike to witness this miracle in the middle of the bush! This was also an indication to us that motorboat sunset cruises were again available for our guests on the main Gomoti River.

From a game viewing  perspective, the camp  remains “Lion Central” –  The 6 small cubs are all still strong and getting stronger with both attendant mothers doing a sterling job. The 4th female in the camp pride – whose 2 cubs are about 2 months older than the others – made a very tentative trial introduction of her cubs to the rest of the pride, but this was a “one off” and she remains  a solitary  hunter and parent, except when the dominant male comes looking for her.

The lions are coming in closer and closer to the camp with tracks on the main walkways almost every night. The six cubs where sighted between tents 5 and 6, and they have decided that our tent number signage makes good play things! Tracks also indicate that they like playing on the luggage racks at the drop off point – we have set up a camera trap to confirm this – watch this space!

We had a surprise visit this month from a cheetah and her young cub. Unfortunately she had an injured front leg and accidently moved very close the lionesses and their cubs. One of our night drives went out and witnessed the lionesses and the dominant male stalking the cheetah and at one stage, she almost took refuse under the vehicle. She escaped that time, but the following day her cub was found, very nervous and wandering alone, crying plaintively.  We all assumed the worst, but 2 days later we found them reunited. The mother had successfully hunted an impala that both cats were gorging on. They stayed in the area for about a week and then vanished as quickly as they had appeared. Leopard, rhino and wild dog sightings remain an almost weekly occurrence and as the rain water in the plains starts to dry out the game will once again be forced to concentrate around the newly formed flood water areas.

The flood brought with it 1,000’s of aquatic birds and daily sightings of Jacana, lesser Jacana and Pygmy geese are being recorded. A highlight was a nesting Allen’s Gallinule that was photographed from the boat. Now that the main Gomoti channel is navigable again, the three heronries close to the camp are again available to keen birders and as the season progresses the volumes of nesting birds on these trees will grow exponentially. Unfortunately the summer migrants have now all left the area – we can only hope that their return in 6 months’ time will be even more prolific!

The camp remains a haven for the herd of kudu that have become quite habituated – including a new, magnificent, 2 ½ twister mature male. They have been joined by an impala and her 6 month old male calf who are both very tolerant of humans. The big old giraffe still visits us most evenings and we now have a civet and a porcupine living close to the kitchen.  It is an incredibly humbling experience to stand less than 2m from these completely wild animals and for them to tolerate and even embrace our presence.

Yours, in nature.
The Gomoti Plains Camp Family